1. an agreement (as between lovers) to meet
2. an appointed meeting or meeting place

tryst consisted of a one-on-one interaction between myself and the viewer. they would enter the space i had created, dressed as though a fortune teller's booth at a fairground, and sit opposite me, with a light on their face and a mirror drawing the focus inwards. i had a typewriter, on which i would write a short phrase (or what could be considered a fortune) derived from either my first impression of that person, were they new to me, or things i already knew if they were someone already in my life. the phrases were intended to be insightful and direct, honest, and scathing at points.

the reception of the work was quite positive, with most coming away from the experience feeling as though i had 'seen' some part of them they didn't realise was on show. it created an altered environment in order to 'allow' the kind of directness i had longed to embody, and was successful in couching the reception of such directness in enough performative ritual that it wasn't read as hurtful or unkind by the participants (and it did not come from a hurtful or unkind origin, merely the pursuit of truth and transformative insight into the self) 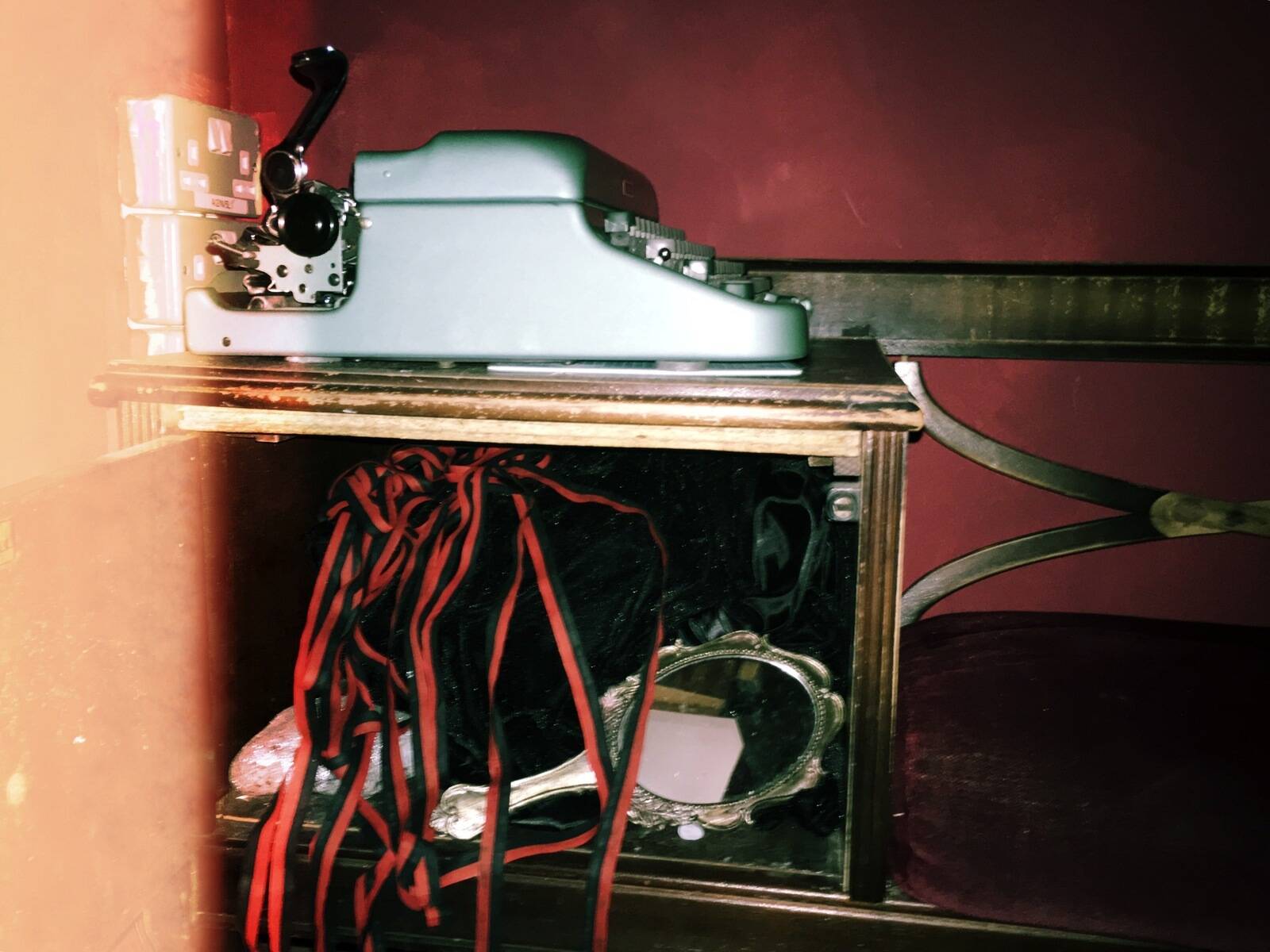 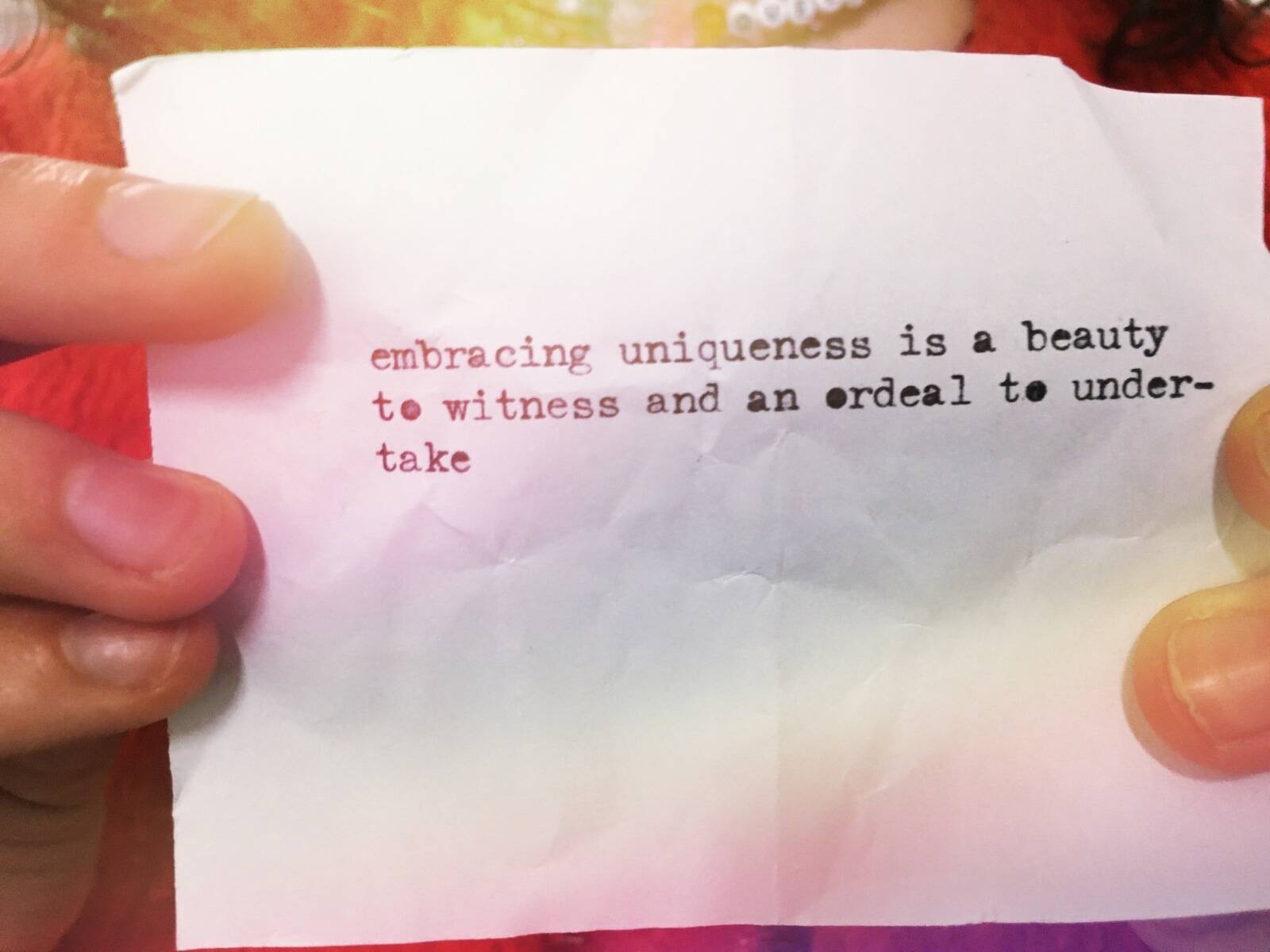 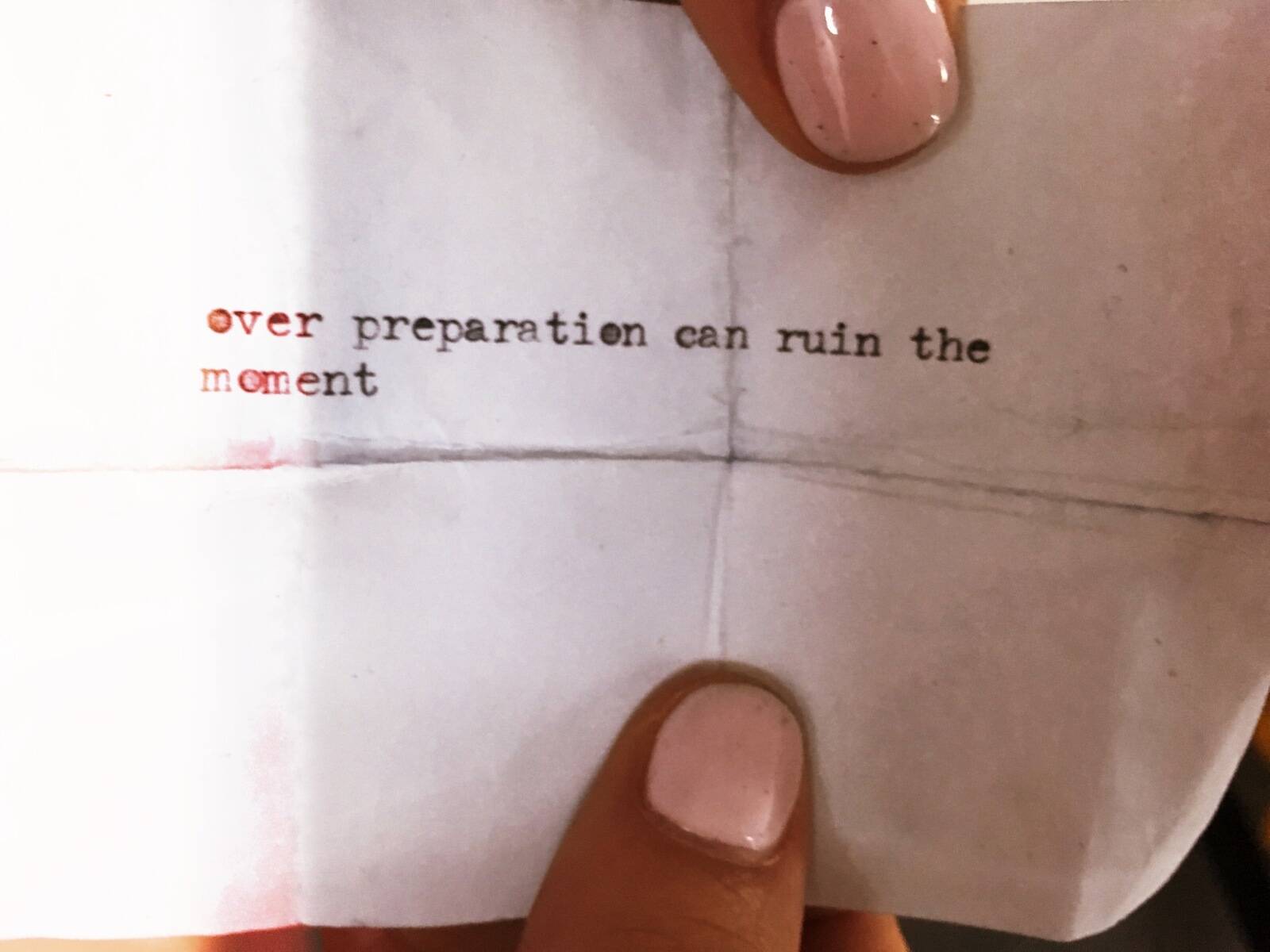 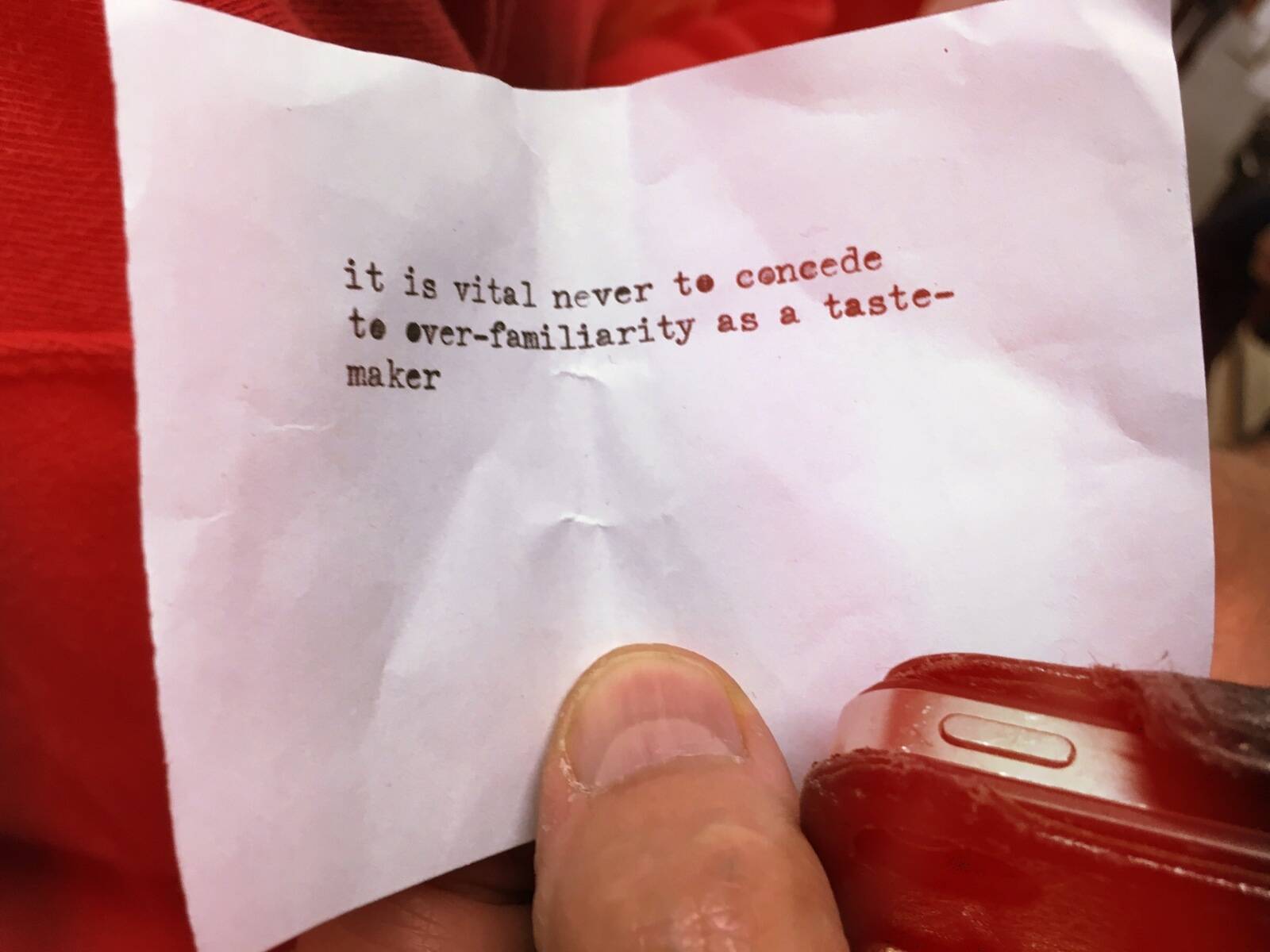 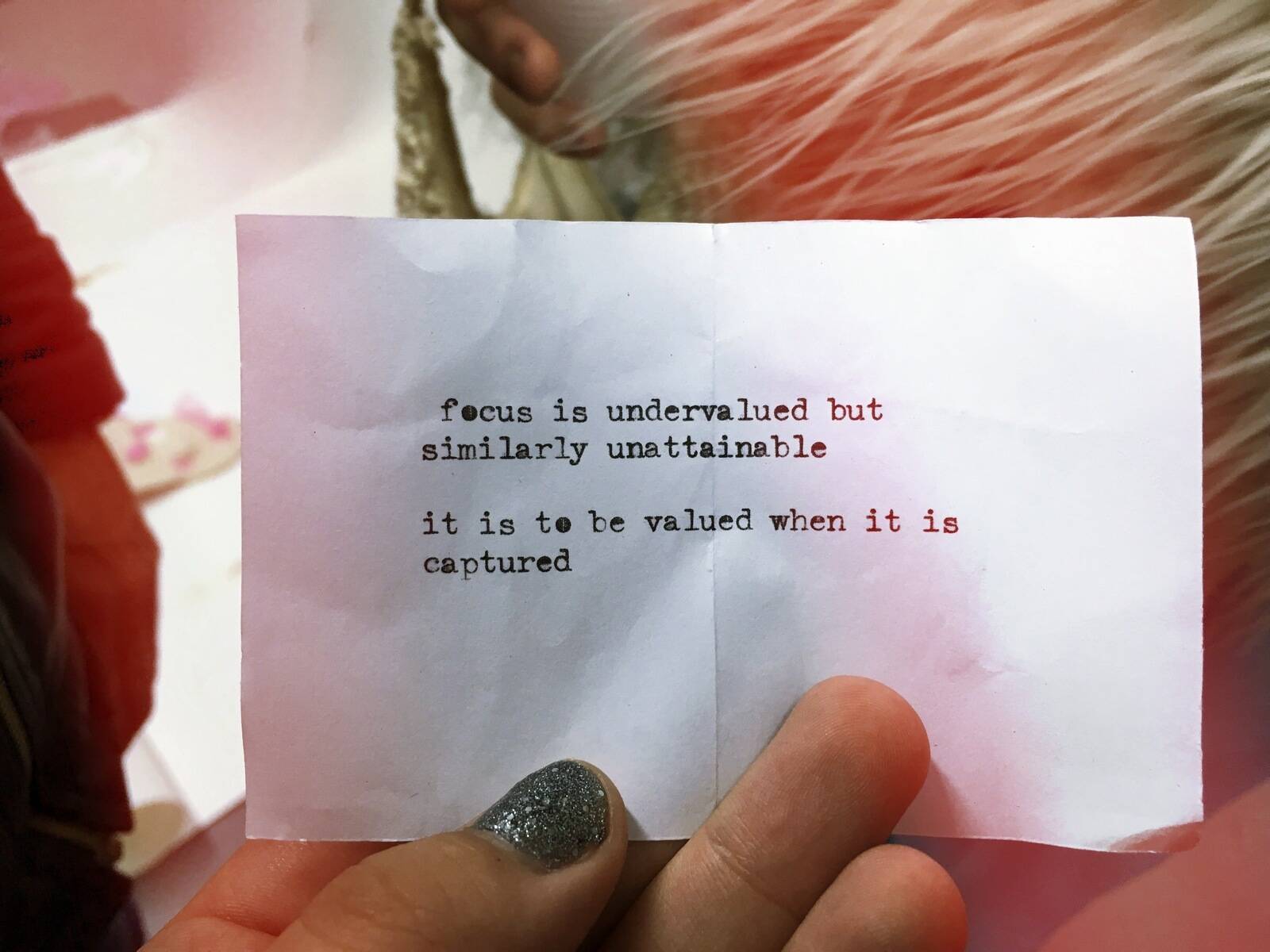 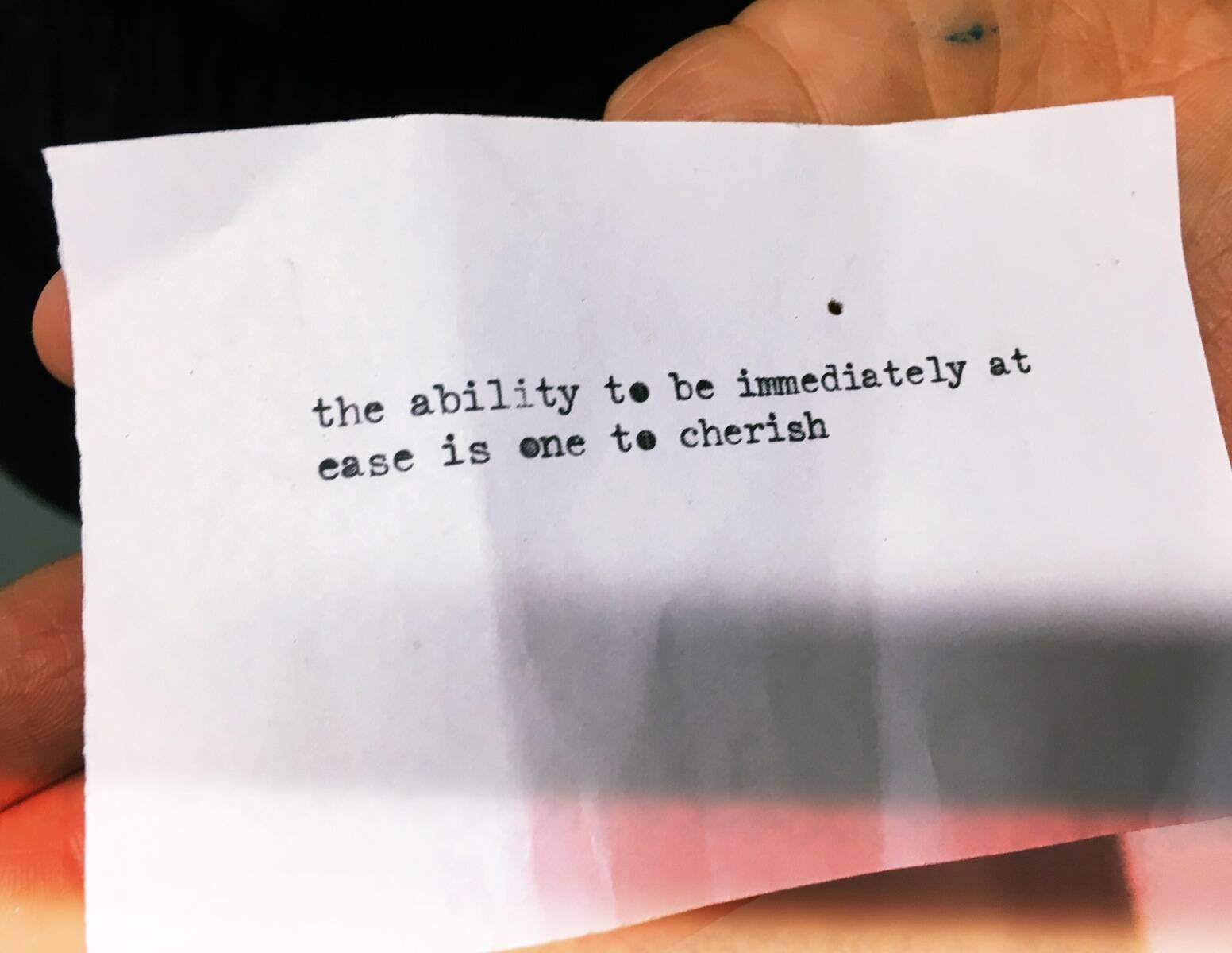 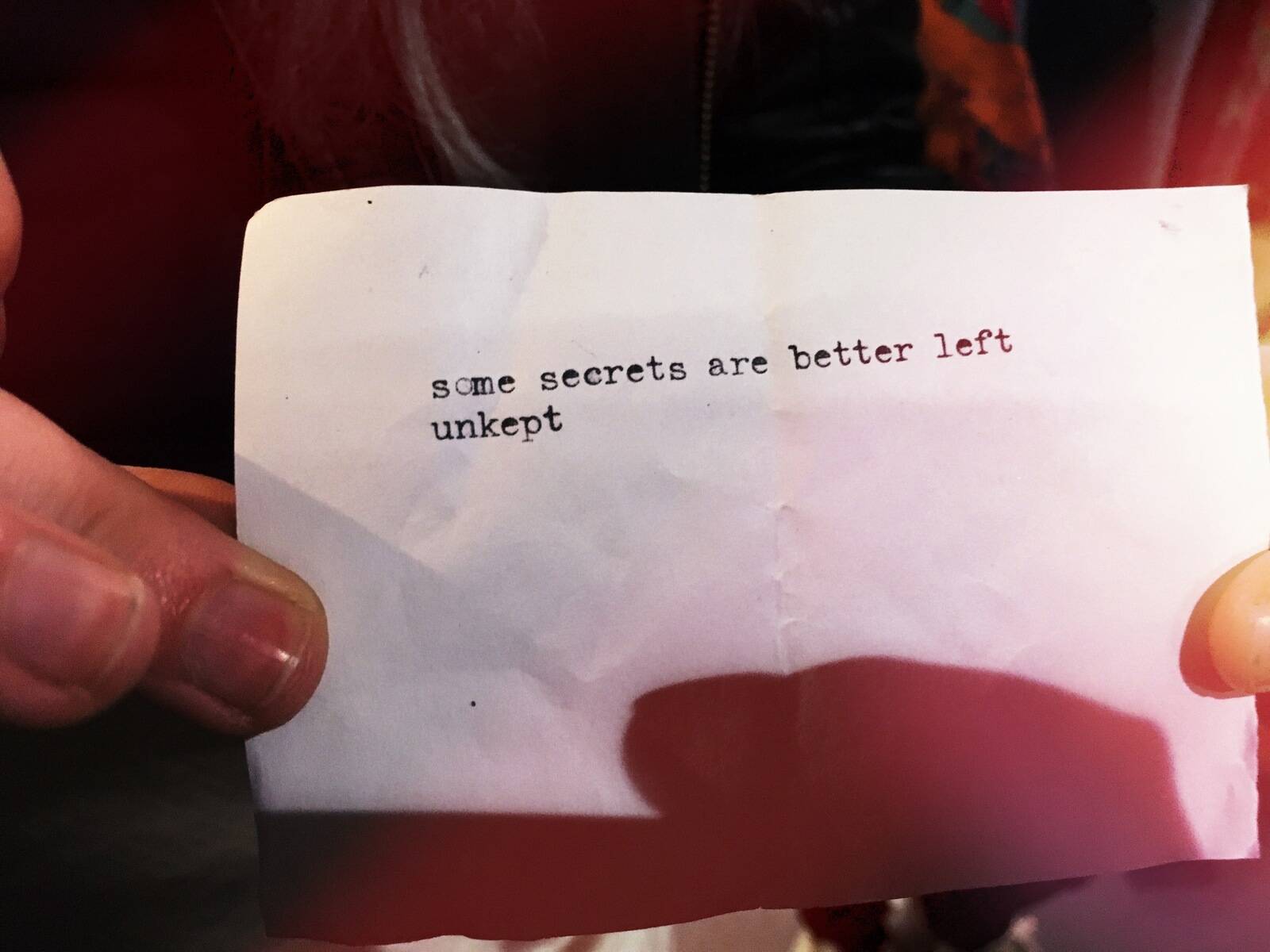 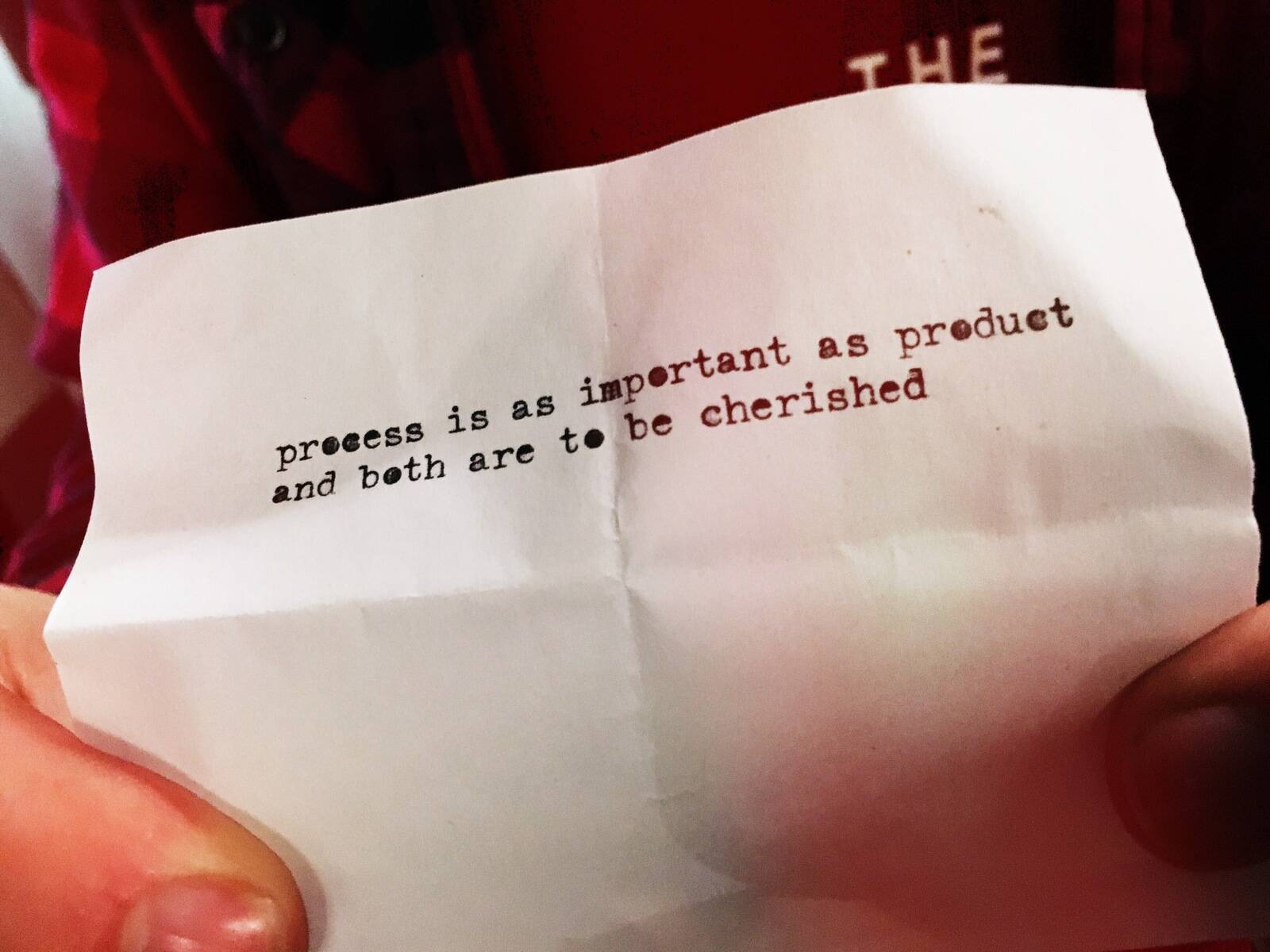 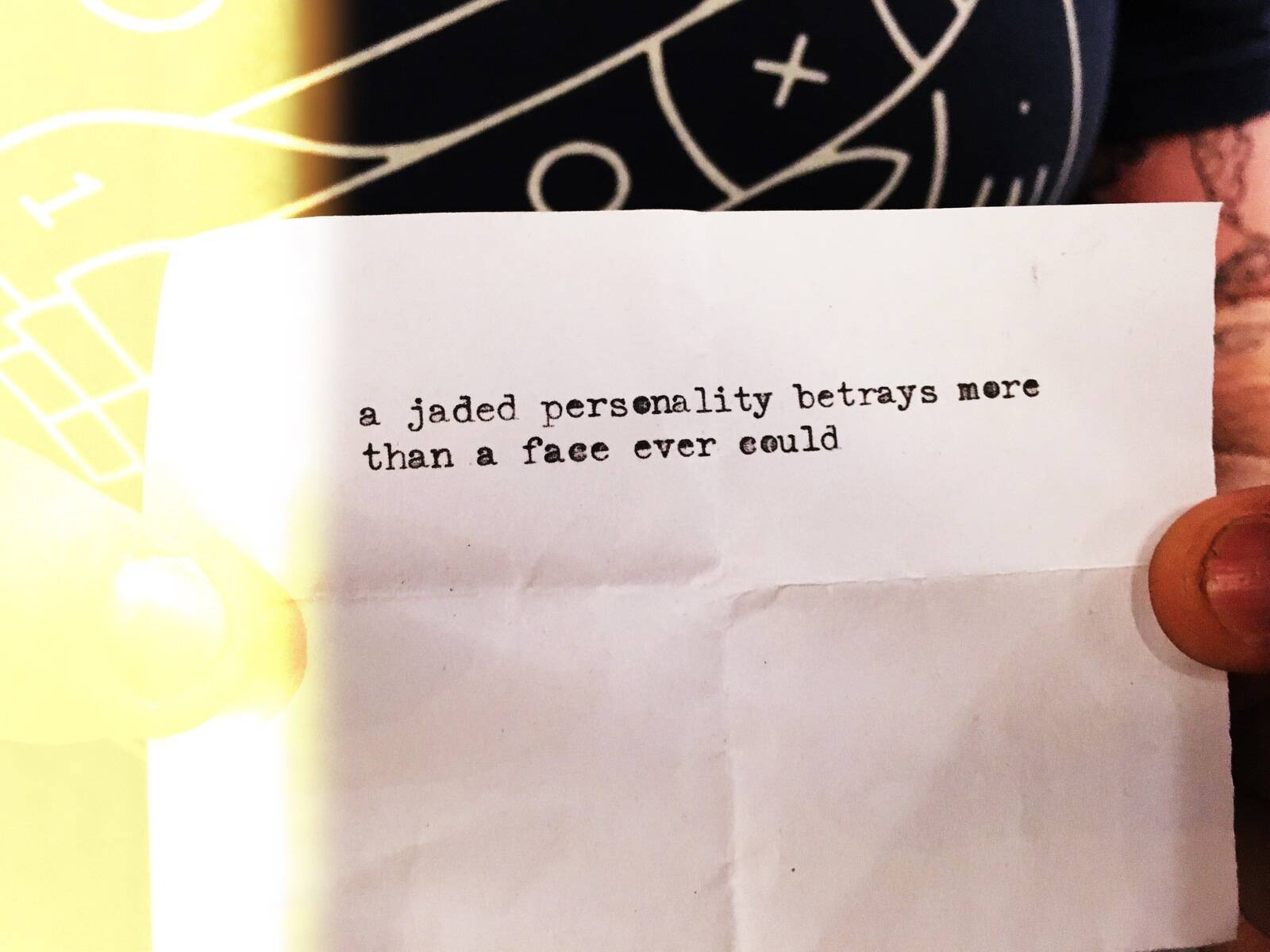