the work consists of a tattoo which reads wentworn ov feelist erd reptrount ov wentworn fassiendic synepseu in my own hand. the tattoo was applied on the day of the performance, kept under wraps until the start of the exhibition's private view. during the performance the tattoo was methodically and carefully cleaned to demonstrate to those watching the legitimacy and gravity of the words' application. at the same time, a camera fed a live feed to a CRT monitor on a mezzanine overlooking the performance which would greet visitors ahead of a close up look at the tattoo. over the camera feed, i was reciting an imperfect interpretation of the words themselves, raising further question about whether or not anyone actually knew the context or meaning of the words which were now permanently inscribed on my body.

in case it wasn't obvious, the words themselves are nonsense with no semantic content. the work confronts the expected gravity and sincerity of language placed in such a serious context, utilising the signifiers around tattooing, permanence and the framing of a serious artistic piece to imply heavily a deeper meaning, yet none is there to be uncovered - no matter how hard a viewer tries. 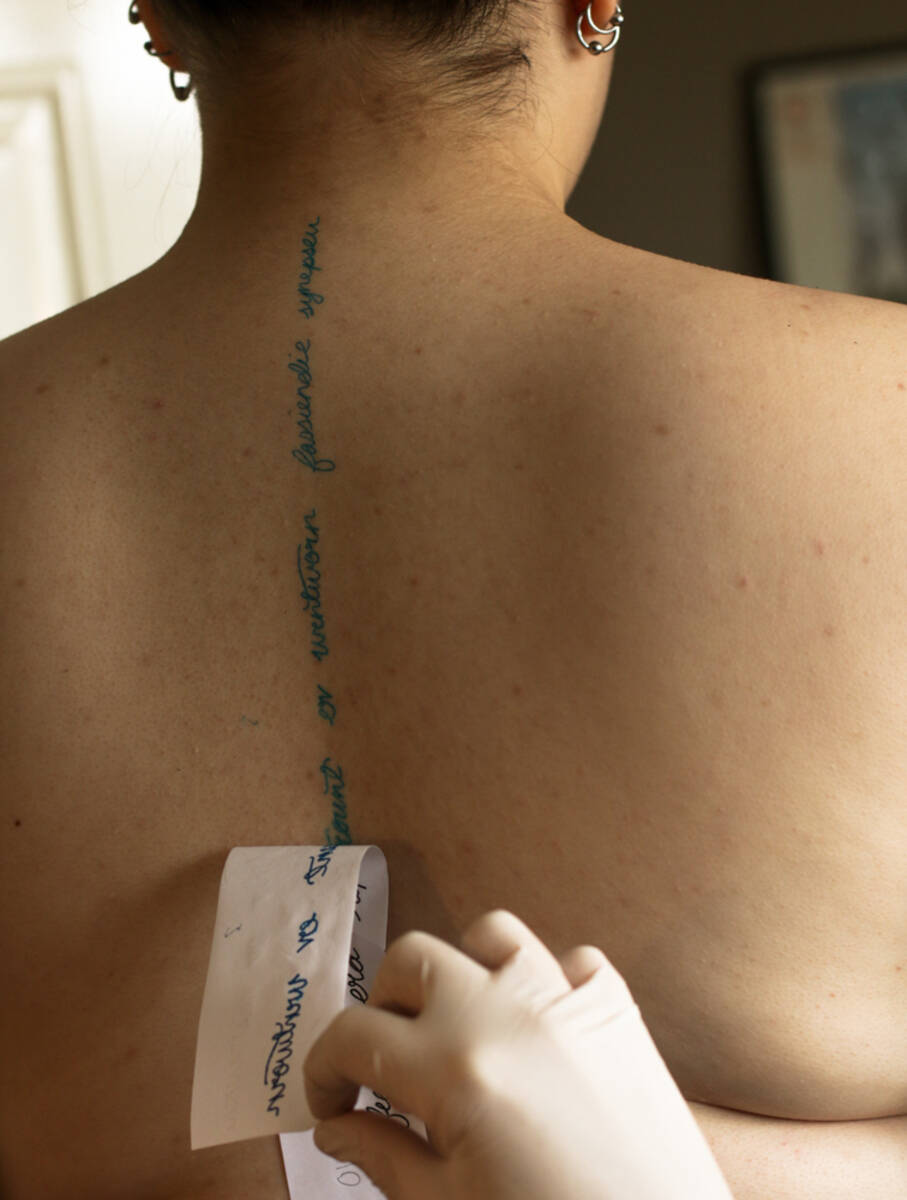 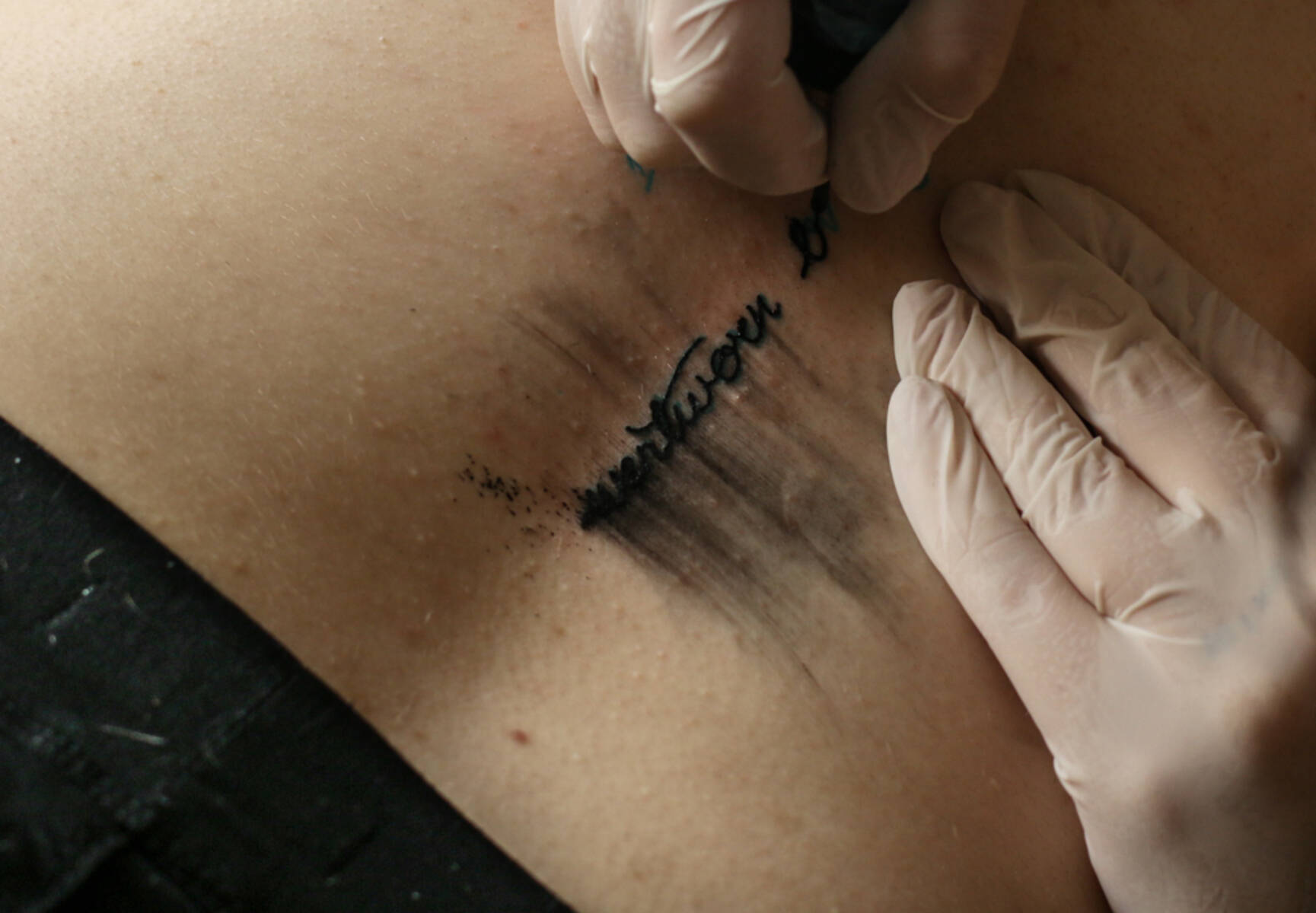 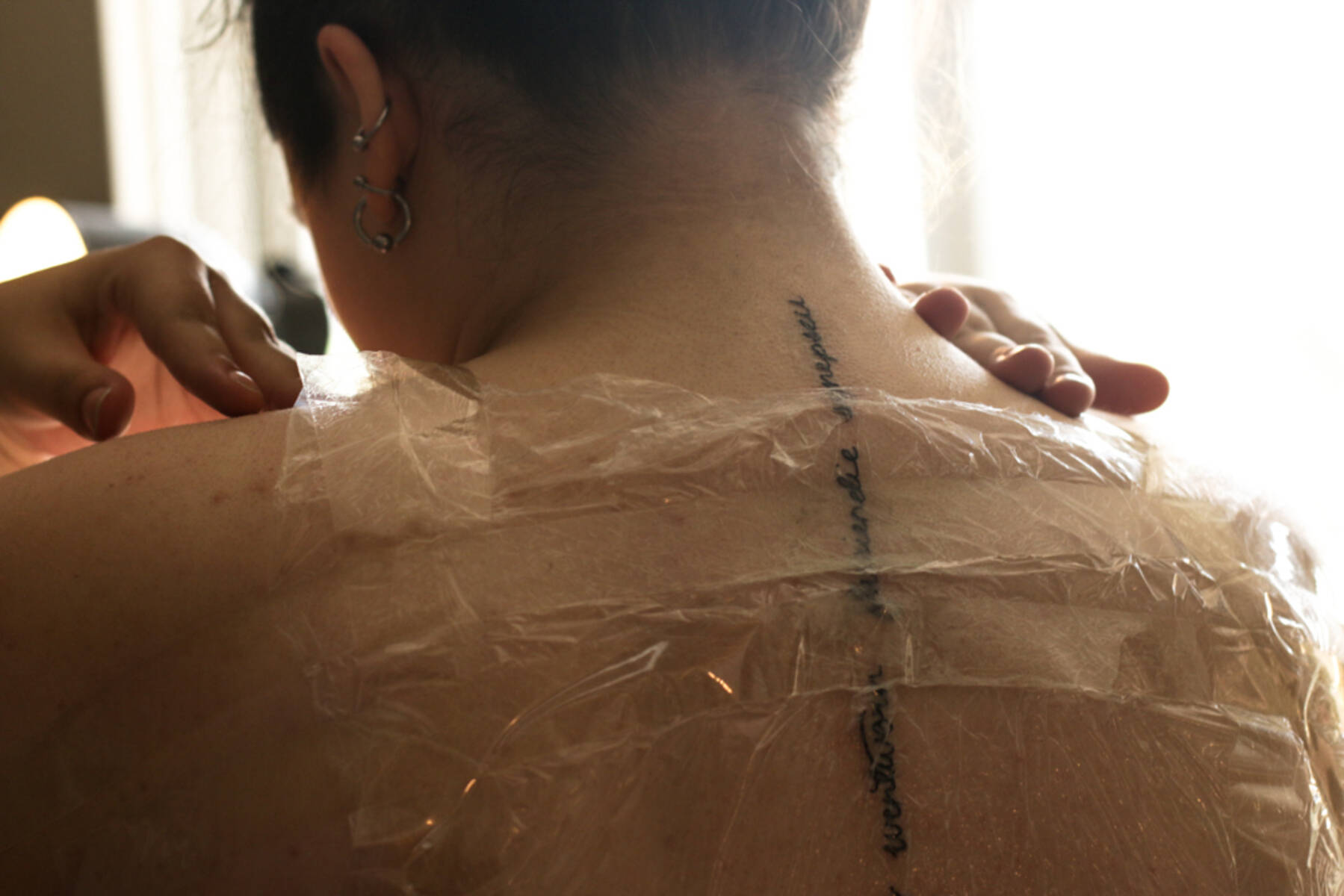 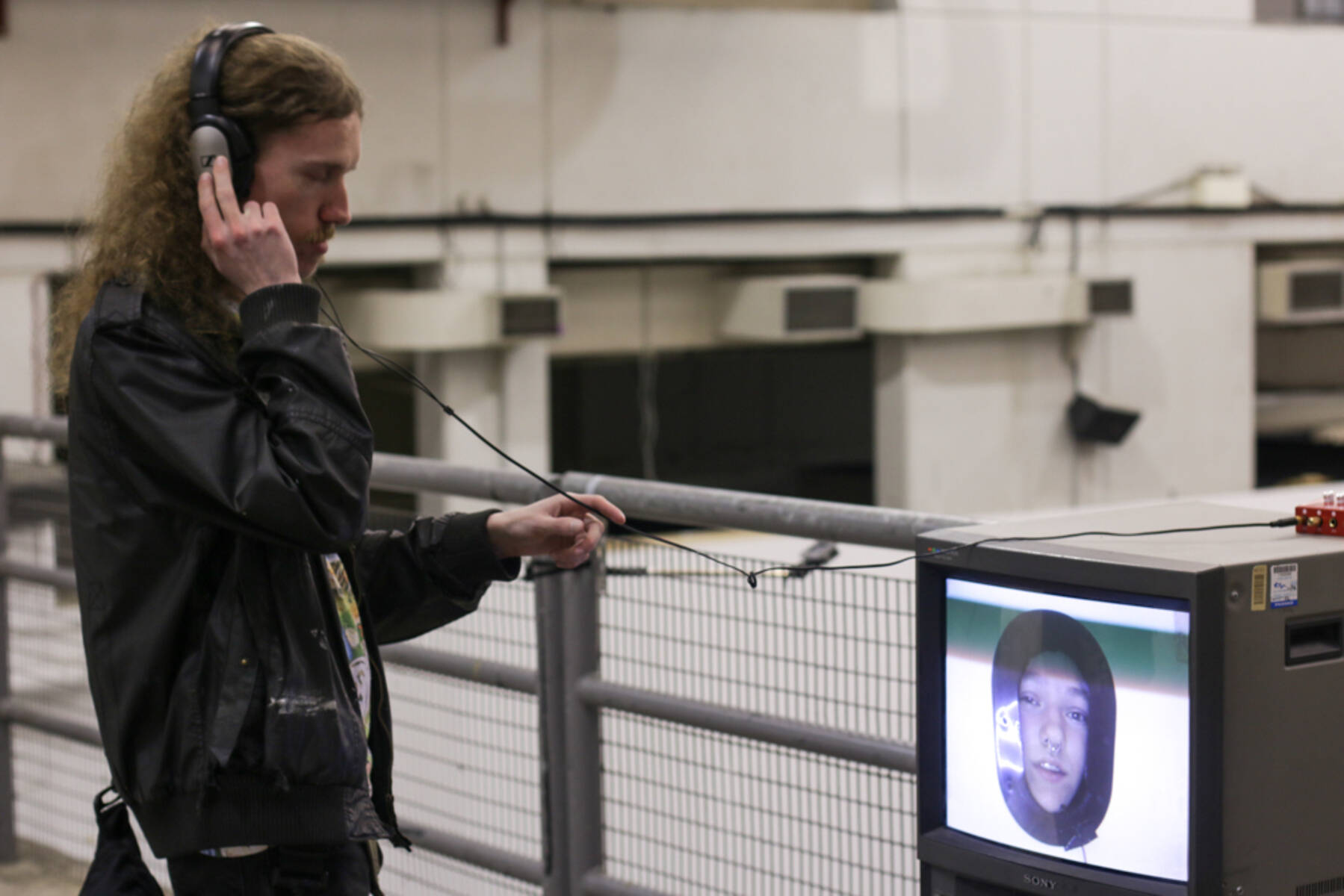 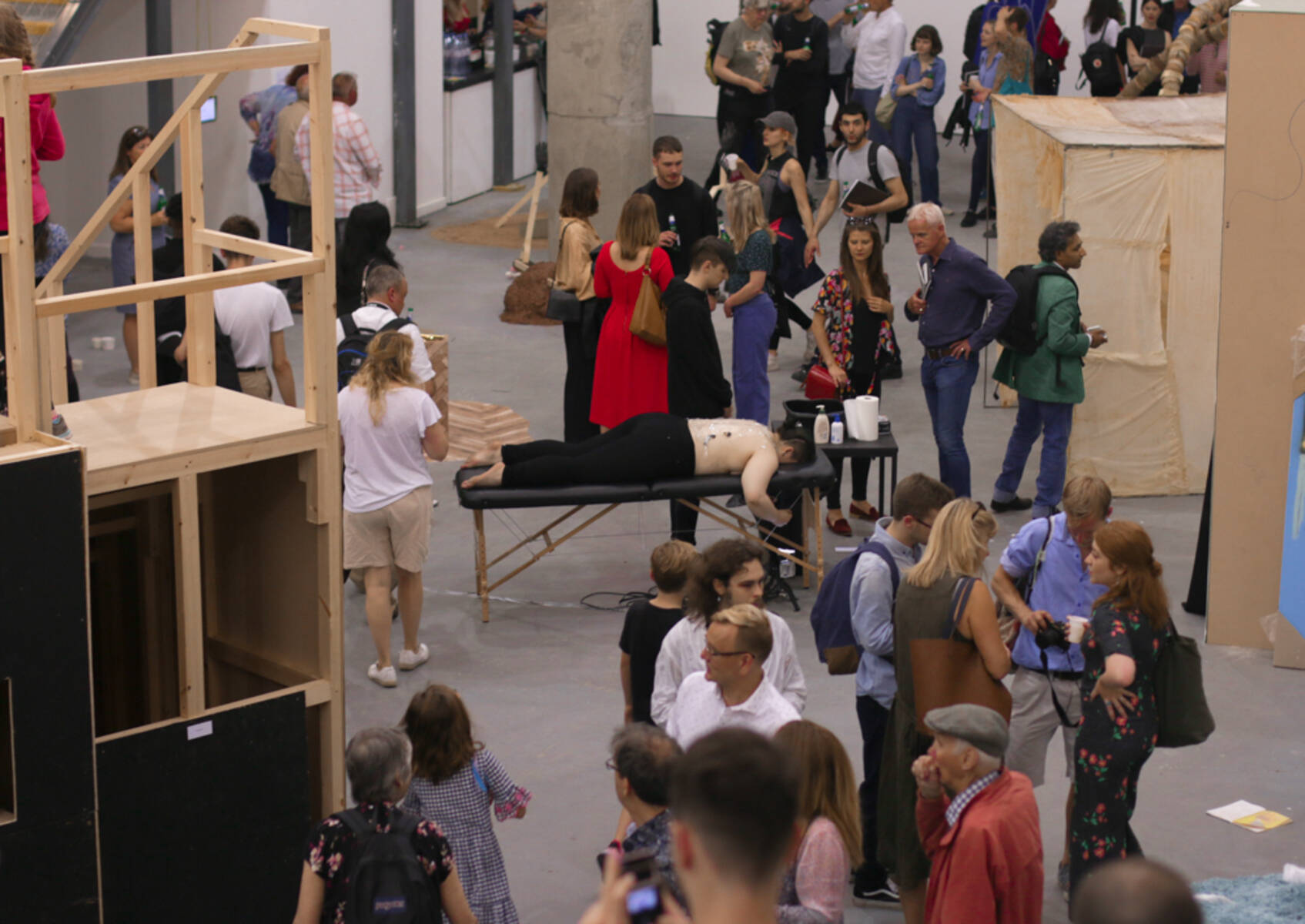 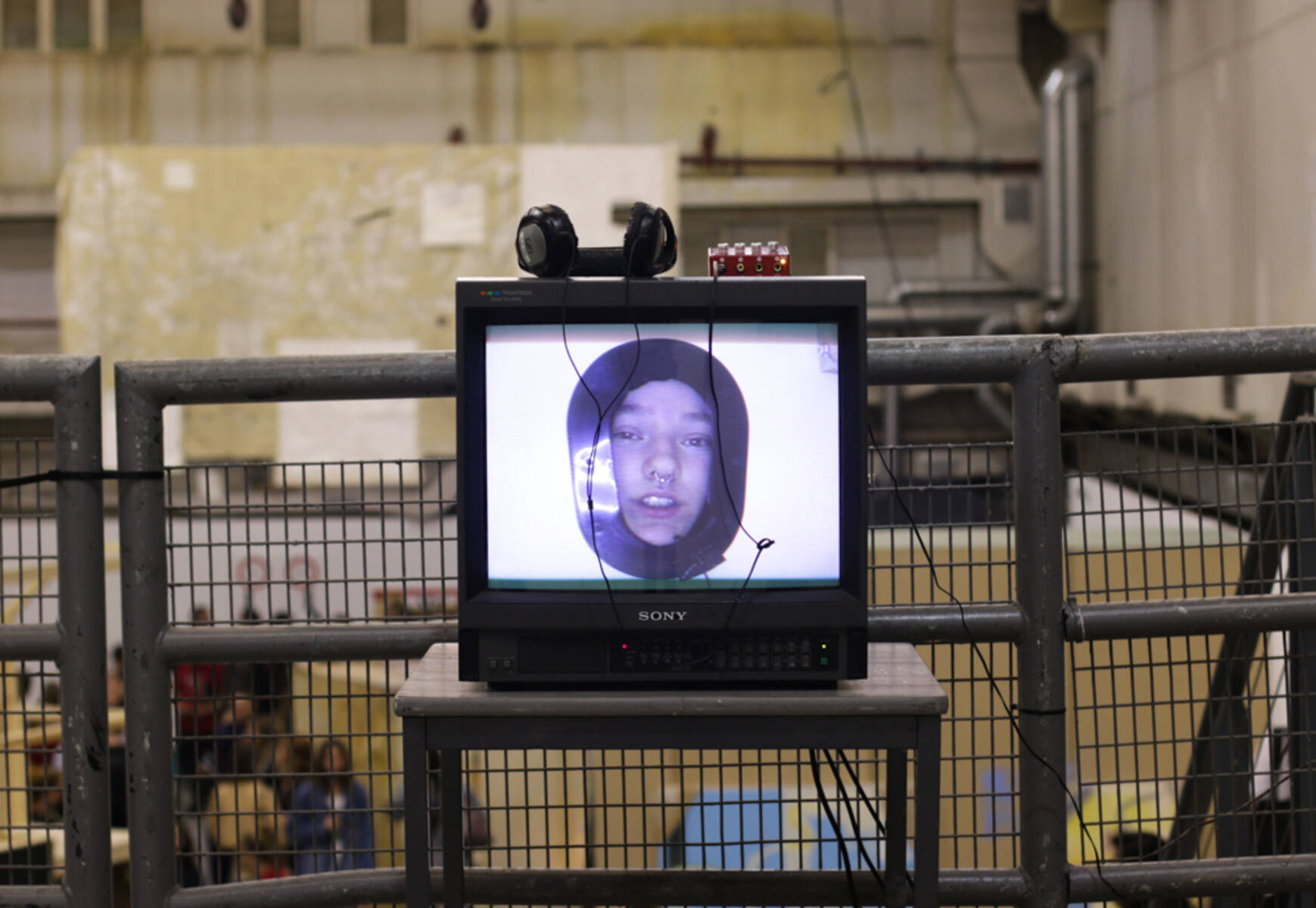 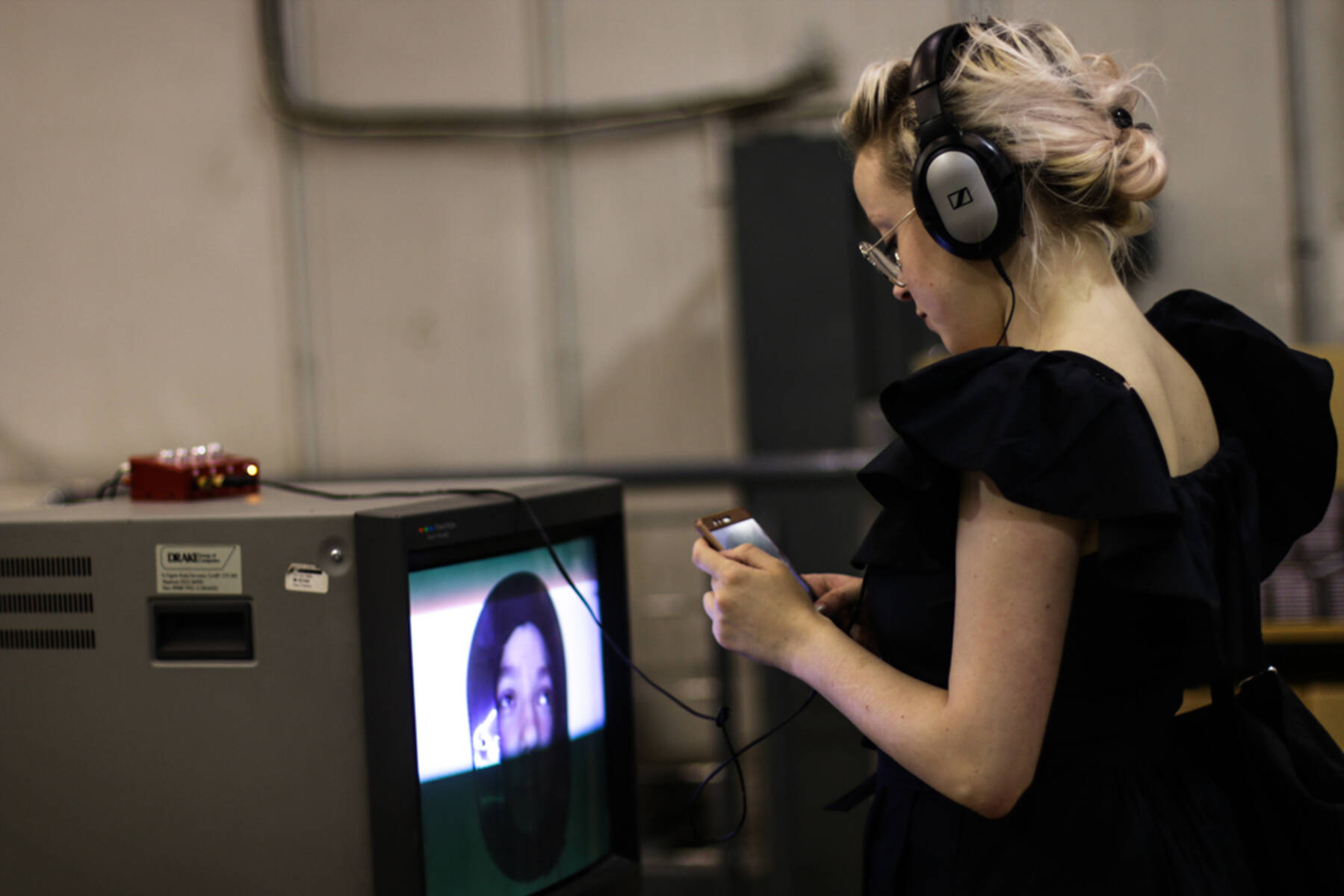 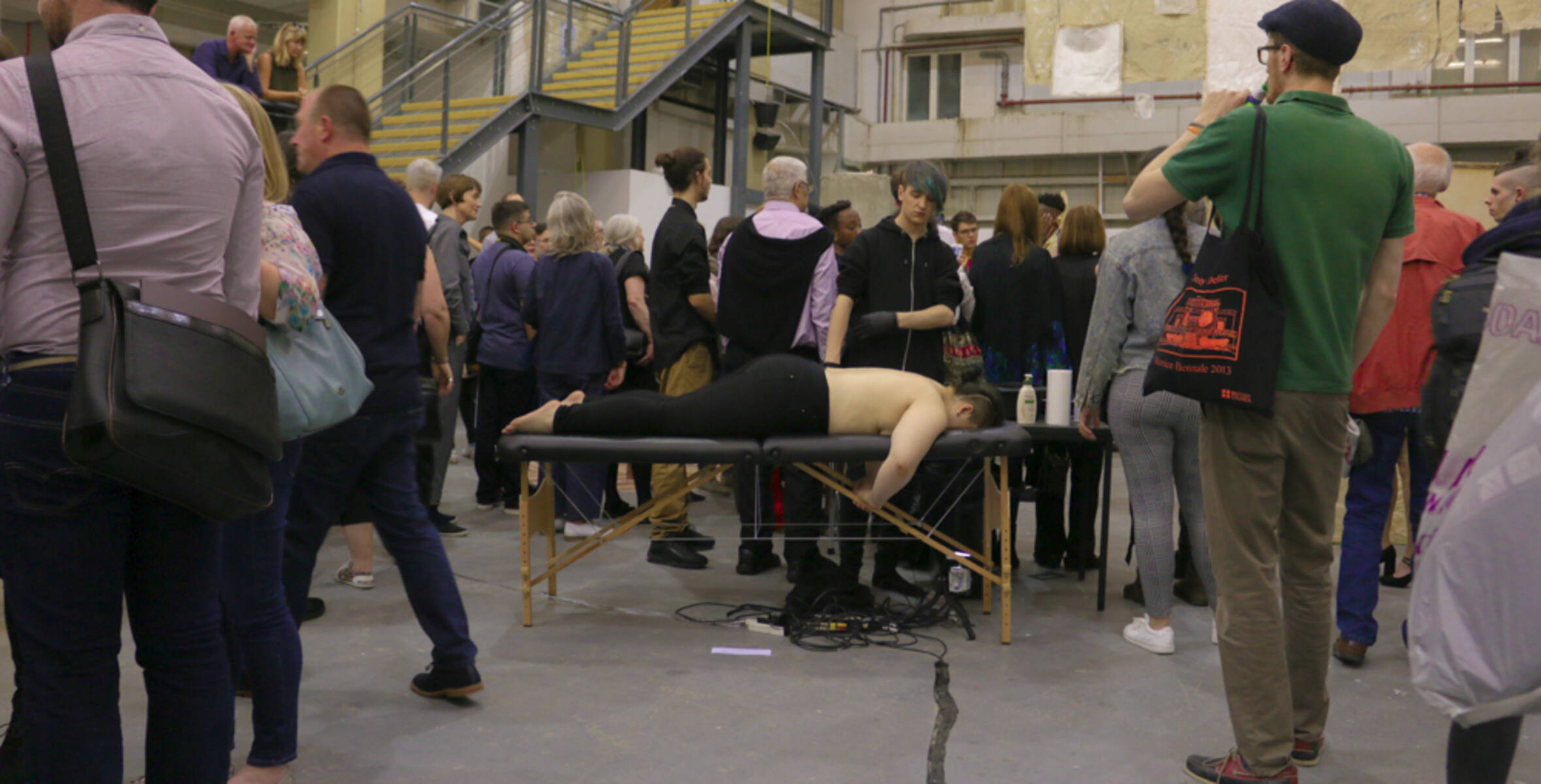 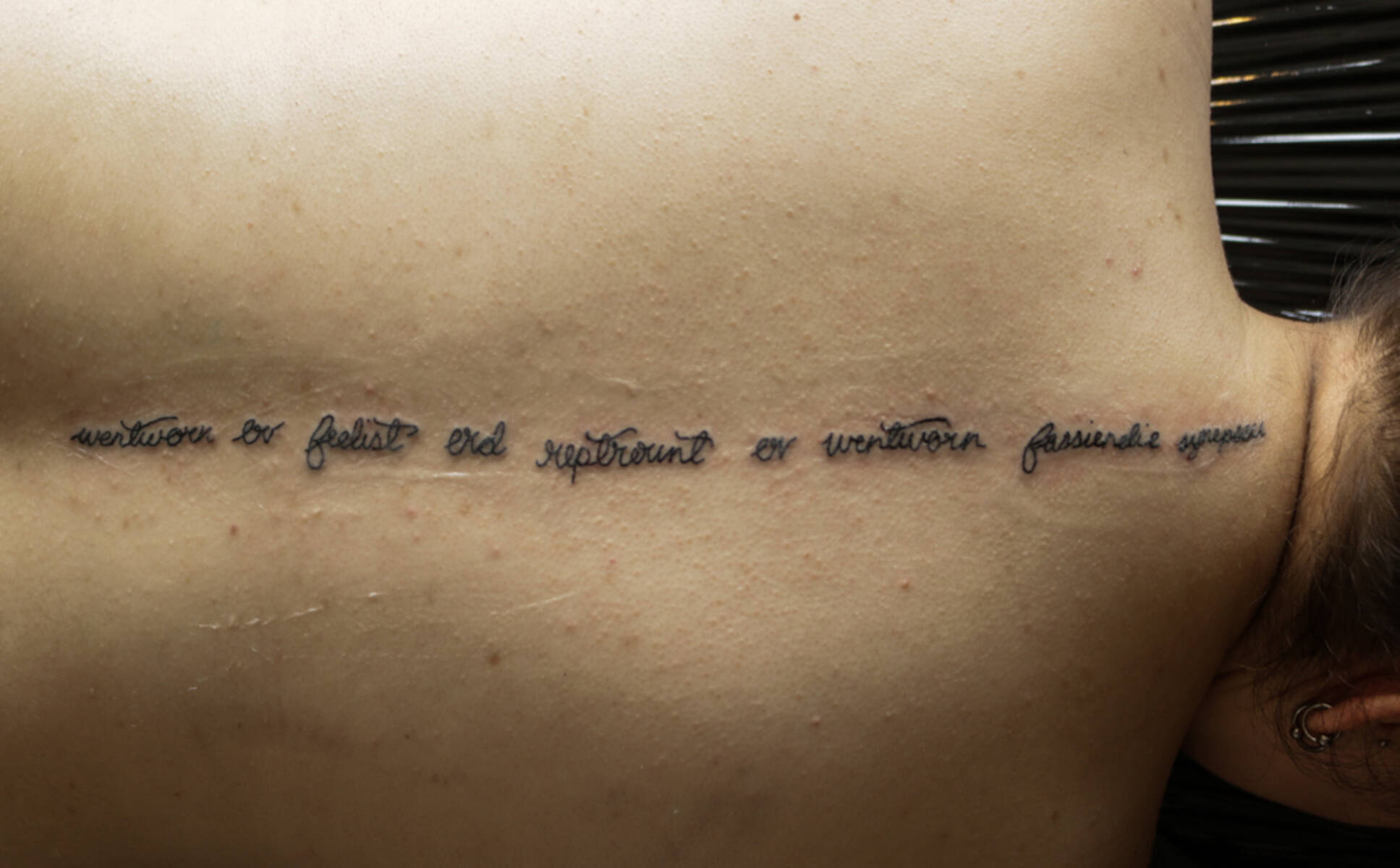